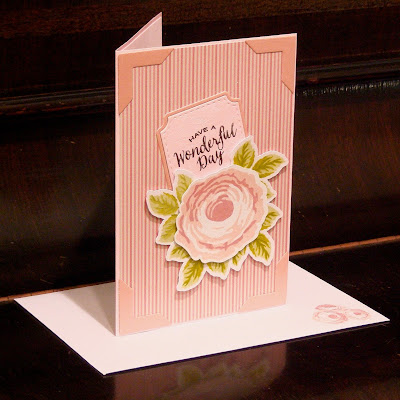 I was inspired by the current Global Design Project to make this all-purpose card for an upcoming market.  The colours and the "wonderful" scripty sentiment are what caught my eye, as well as that bold border (for which I used some photo corners instead) Thanks for stopping by - especially if you take the time to leave some feedback.  I can't tell you how much your kind words brighten my world!!! 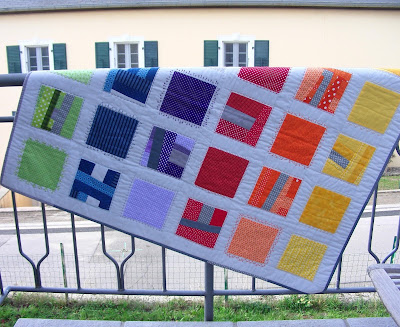 My lovely niece and God-daughter is expecting her first child in December and I was recently selling some of my cards at a local market, when I saw this funky modern baby quilt at a neighbouring stand.  As is usually the case (and I don't think I'm alone in this)  I spent everything I had made (plus my considerable float) to buy it.

This card really was a labour of love - not just for my soon-to-be new great-nephew but also for the quilter and her gorgeous creation.  I went though all my stamps, selected patterns which represented the patterns on the quilt and embossed them with many different coloured embossing powders, ink colours and card stock until I was happy with the mix.  I then used the second smallest Spellbinders Postage Stamp Square die to create the swatches.  I also found a punch in my collection (which I had forgotten I had - sound familiar) to create some smaller swatches and superimposed them on the larger swatches. 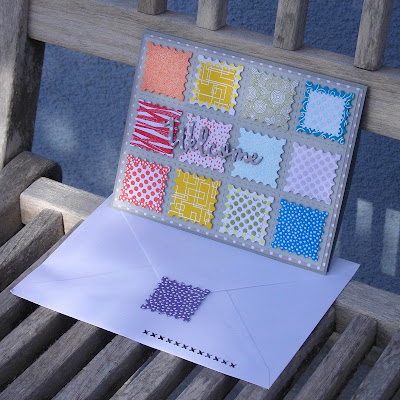 The stitch lines around the swatches were made using a Paper Smooches die set.  I used another die from the same set to create a row of cross-stitches on the envelope.  I had plenty of swatches left over so will use one of them as an envelope seal. 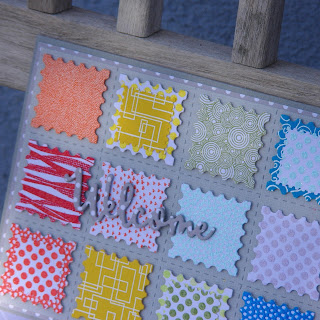 The border of the quilt is a grey polka dot, so I matted the panel on grey polka dotted paper and used the same paper for this Welcome sentiment from Lil' Inkers Designs.  As it was sitting astride swatches, I  layered up 3 grey card-stock die-cuts under it to give support and height.

There are striped and spotted papers and patterns used in the card, so I thought I would enter it in the current Double D Challenge Stripes and Dots 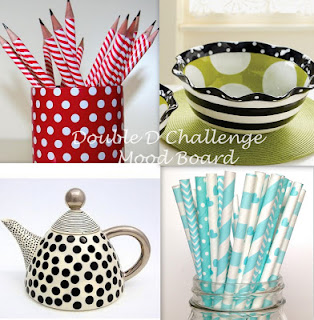 I just noticed that the current challenge for Time Out is Colourful.  So I'm linking up there as well 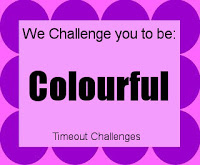 Thanks for stopping by, especially if you take the time to leave some feedback.  I can't say how much I appreciate your kind words and support.