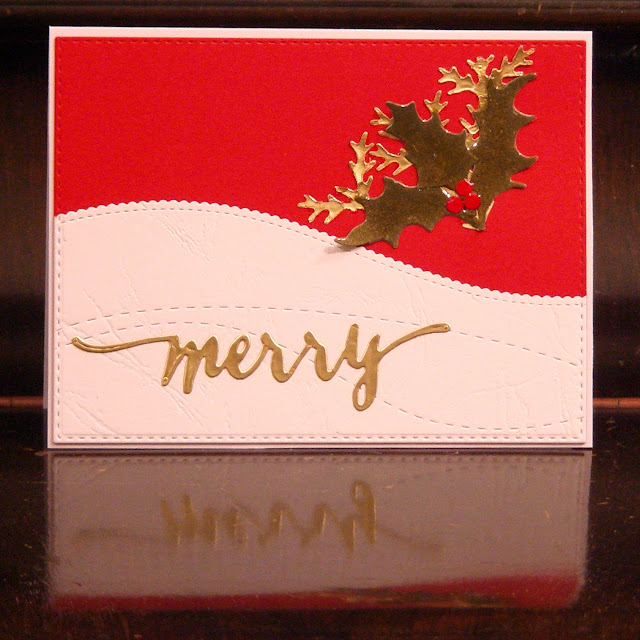 I just received this new die from WPLus9 and I couldn't wait to to get busy with it.  Imagine my delight when I saw this week's Christmas Visions Muse Betty Wright.  Unfortunately I missed the link up but what wonderful inspiration!!! 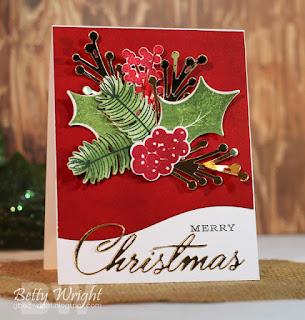 Thanks for stopping by,
Kate
Posted by Kate at 22:13 2 comments: 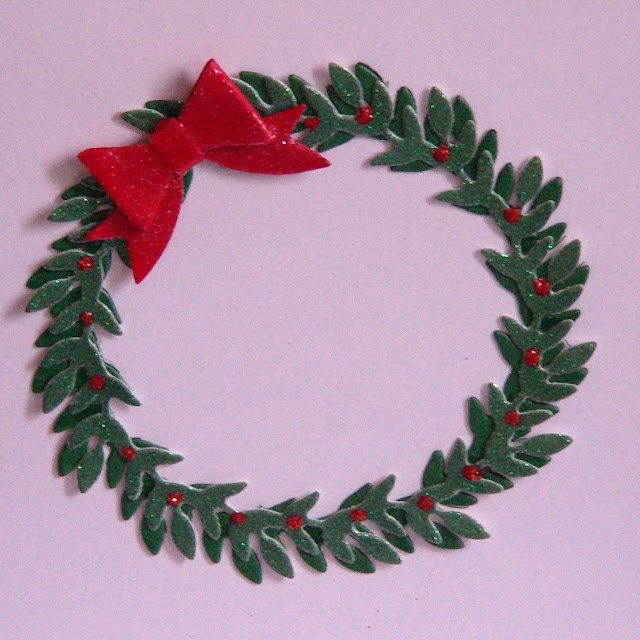 Christmas mojo has been in short supply around here of late.  There are a couple of Christmas challenges that I turn to for inspiration as well as the regular sketch and colour challenges, but I was still drawing a blank or so I thought.  This card started off as an attempt at the Fusion sketch - I knew I wanted to use a wreath and set about making a few using this MFT Spring Wreath die which I've had for ages though this is the first time I've used it.  I had no idea it was so delicate or I would definitely have used it before.   I ended up using the Memorybox Plush bow as I just love it even though it's a fiddly little thing to make up.  I coated it with glossy accents and sprinkled it with glitter.  I toyed with the idea of adhering little gems but a friend of mine showed me a product she had used for drawing on t-shirts - a Maribu Glitter Liner.

As I was playing with the positioning, I thought the bow looked better slightly off kilter.  It took me some time to realise that it was because I had been influenced sub-consciously by the current Christmas Visions Muse.   Even before I went back to look at Birgit's card, I knew I wanted a large scrolly sentiment embossed in red underneath, which is why I was struggling with the Fusion sketch.   It was the draped red scarf that had gotten into my brain without me even realising.  I guess this is how a muse is supposed to work, affecting the sub-conscious or as Darnell refers to it - Hammy the Hamster. 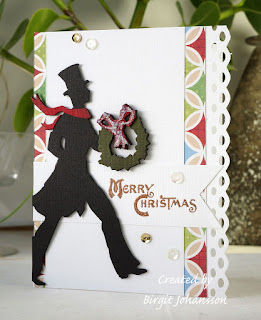 Here's the whole card - very CAS, with traditional Christmas colours using this gorgeous sentiment from WMS 'Tis the Season.  The wreaths are all made up for another 5 so I'm feeling a little less panicky now. I'm just in time for the Simon Says Stamp Anything Goes Challenge, so I'll be entering there as well.

Thanks for stopping by, especially if you take the time to comment,
Kate
Posted by Kate at 09:32 8 comments:

Hangin' by a Thread 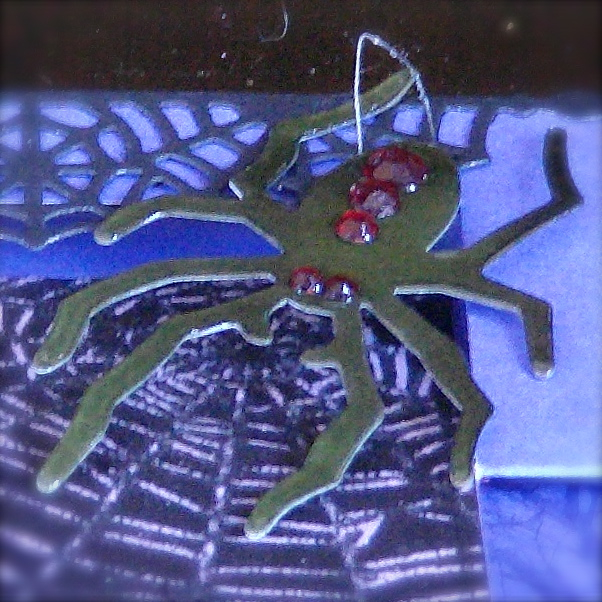 Hi, hope your Halloween was happy and spooky.  We don't really celebrate it here, not did we in Australia, but when one of Simon's friends has a birthday around this time I do try to get into the spirit. 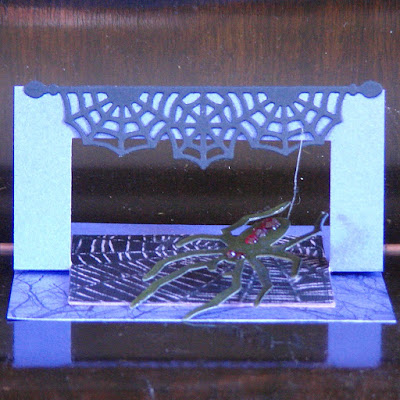 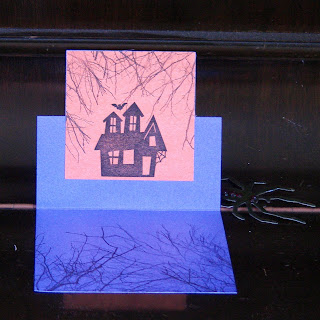 I didn't leave myself much time to work on this card.  It was an after midnight job last night and hence not very well thought out.  I didn't make the thread long enough so the spider can just peek around the corner once the card's been opened, and if I had the time, I'd redo it with a round or oval flip window rather than square.  The square is definitely not right with the cobweb.   Still it was fun to make and I'm sure his friend will like it.

I'm entering this in ColourQ challenge #314 where the typically halloween colour palette was perfect. 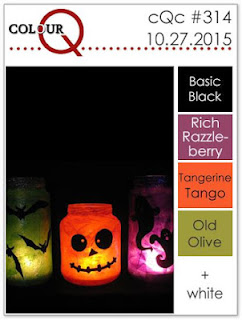 I'm also entering it in the current Simon Says Stamp Wednesday Challenge where they have my favourite type of Challenge - Anything Goes !!!