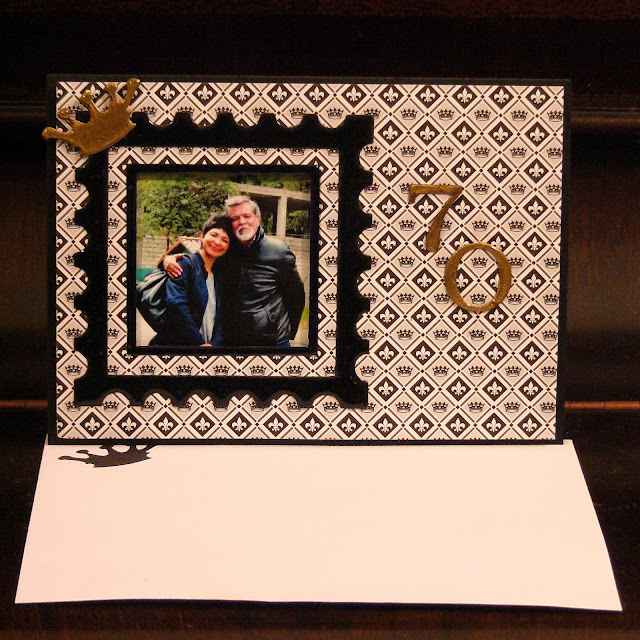 A friend of mine asked if I would make a photo card for her dad's 70th birthday.  I've given the photo  the royal treatment with this Fleur de Lys and Crown DP, and a Tim Holtz crown and framed with a glossily accented Spellbinders Postage Square.

I used the die cut negative of the crown as a stencil to decorate the envelope and inside of the card.

Thanks for stopping by, especially if you take the time to leave a comment.  They really make my day!
Kate
Posted by Kate at 08:47 2 comments:

My second son has just said good bye to his teen years, not that I expect much to change.  I still expect him to ignore his untidy bedroom, his studies etc.  Luckily he's really clever and too sweet to ever really get angry with.

I bought the Poppy Stamps Stunning Spectacles with him in mind as he wears the Buddy Holly Ray-Ban Wayfarer specs.  I didn't leave myself much time to make this card and it came together by itself.  A friend of mine gave me a bunch of paper stacks for looking after her cat during the Christmas break so I went through them and found an appropriately masculine plaid.  I cut a few pairs of specs and was going to remove the inner piece when I thought the sunglasses looked way cooler and the plaid began to look like pjs (which is what he wears much of the time) and this is where I ended up. 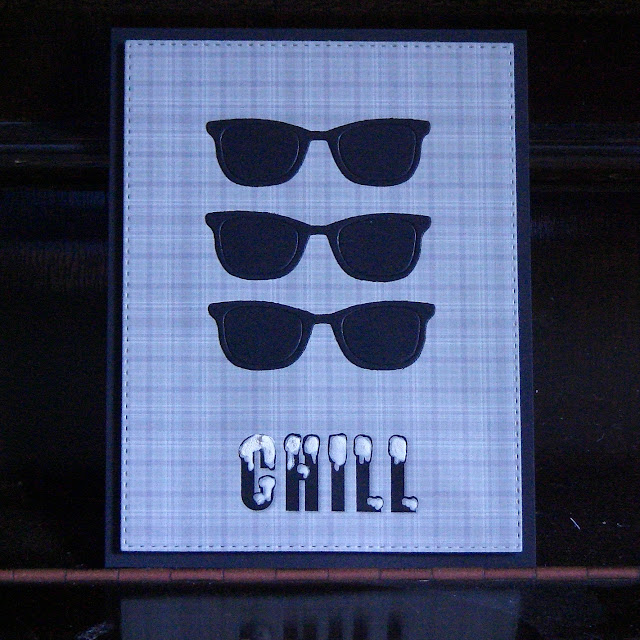 The sentiment was computer generated using the Almonte Snow font which I filled in with puffy snow marker.  His older brother appreciated the twist on the inside,

Thanks for stopping by, especially if you take the time to leave a comment,
Kate
Posted by Kate at 10:08 5 comments: 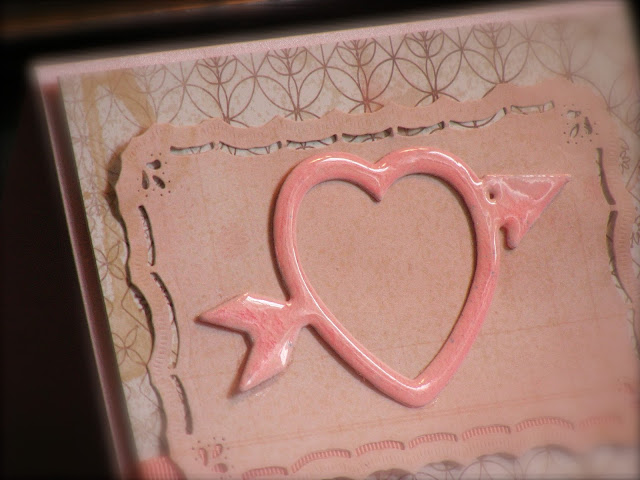 During the Christmas break I had no time to blog - either making last minute cards or wrapping last minute presents -  so I'm going to try and catch up over the next few days.  This is a card I made for a wedding, though it would also work for an engagement, anniversary or even Valentine's.  I die cut the WMS My Heart heart and triple embossed it with pink embossing powder and UTEE.  It's the UTEE which gives it the marbled appearance - I think it reacts with and separates the pigments in the embossing powder.  In any case I love the effect. 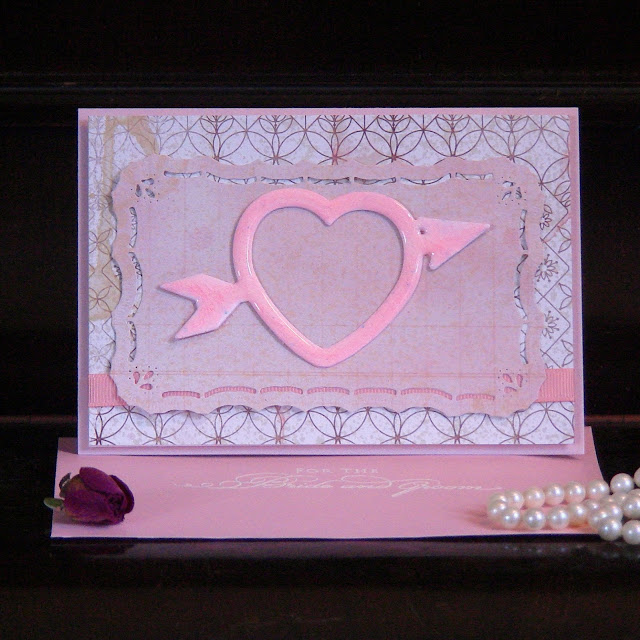 Here's the whole card - no stamping on the card front just pretty papers and ribbon.  I did however stamp on the inside (WMS Fancy Phrases) and on the envelope (WMS Big Day Additions). 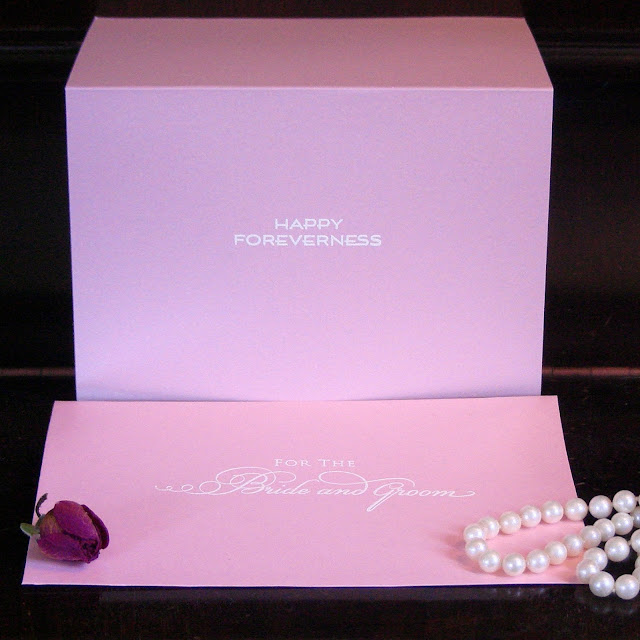 I added an insert to the frame to personalise the card with the names of the bride and groom. 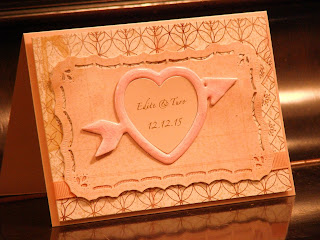 Thanks for stopping by, especially if you take the time to leave a comment.  They really make my day!!!
Kate
Posted by Kate at 09:05 2 comments: