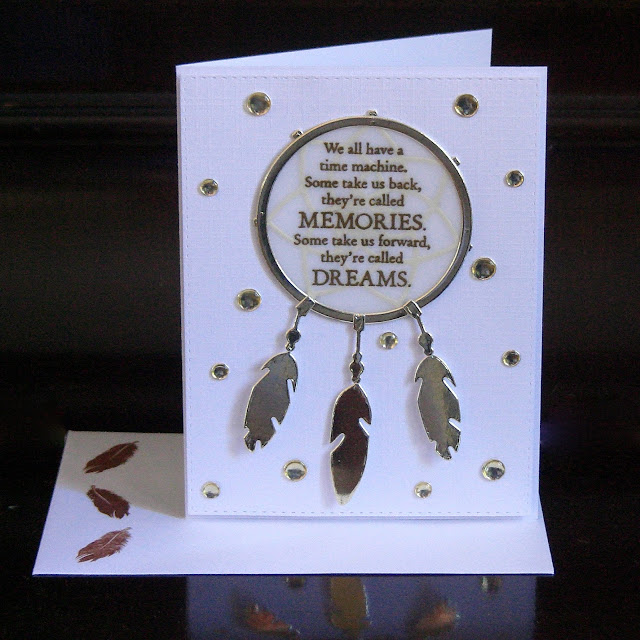 A golden dream catcher and a catcher of golden dreams hopefully.  I wasn't quite sure what to do with this golden dream catcher once I had made it (I just knew I had to make one after seeing this beauty from Pia S).  Then two things happened.  Firstly I spotted a few golden circles that had been negative cuts from a Verve Award Banner which were just too pretty to throw out (anyone else ever done that). Secondly I saw a challenge over at The Paper Players to use circles. I used a snippet of gold card and cut more circles using the same award banner (I just wanted the circles so I got away with a narrow strip), stuck 'em down and piled on the glossy accents to make them into pearls. 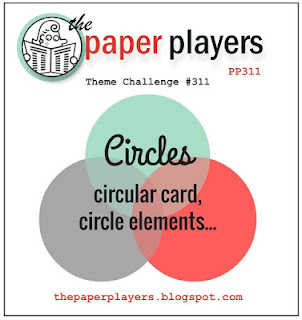 Thanks for stopping by, especially if you take some time to leave some feedback,
Kate
Posted by Kate at 13:28