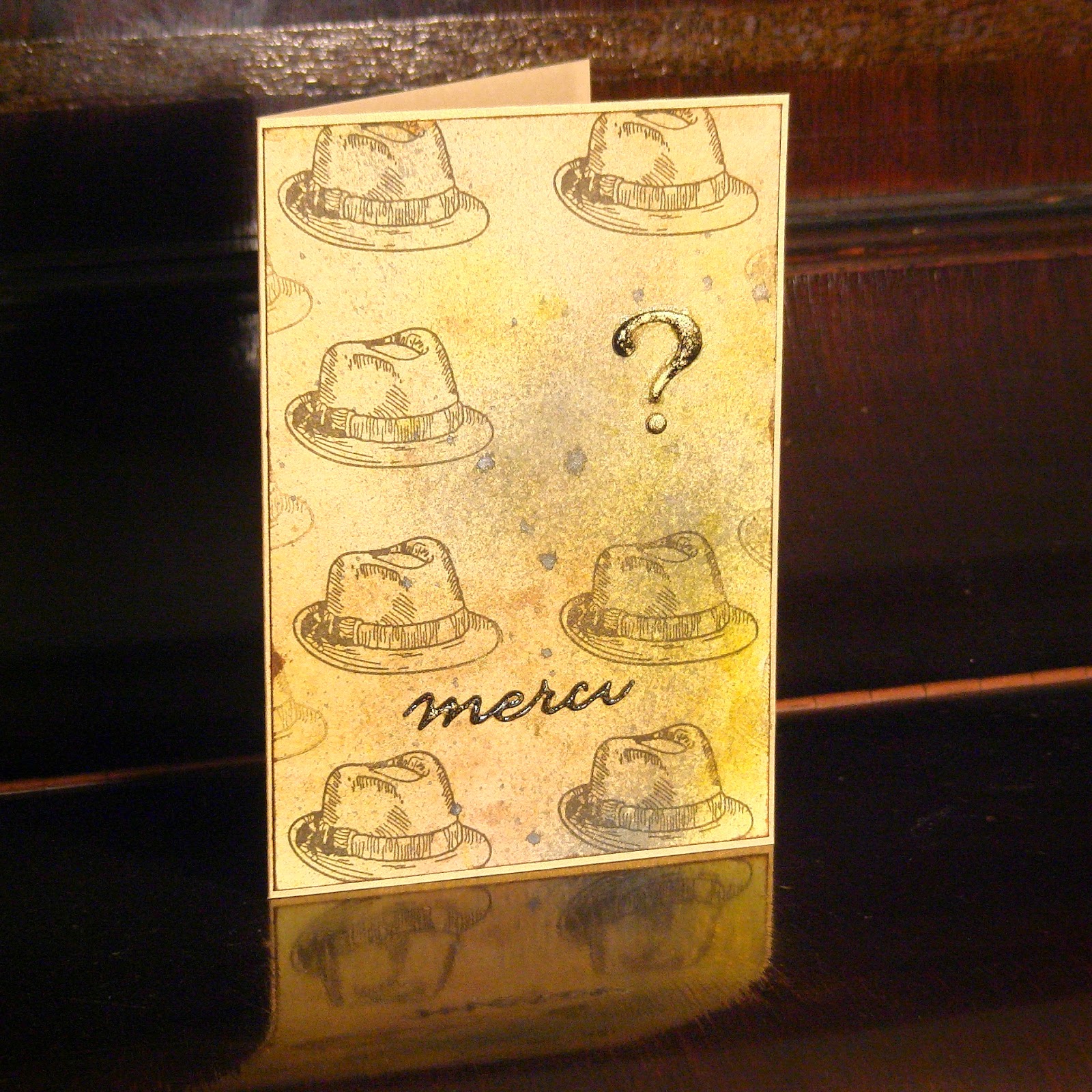 My son Simon lost the beanie his Grandma had made him and he was a little upset.  We had narrowed it down to being lost on the bus on the way home from swimming or somewhere in the school playground, which he seemed to think was what had happened.  Unfortunately the snow falling this past week has scuppered any search and rescue plans or indeed any chance that it would be in a reasonable state when it was found.

Last Thursday the bus driver who drove him to swimming handed it over to him.  Not only had he found it on the bus after they had all alighted the week before, but he had known who it belonged to and had kept it safe so he could return it to him the following week.  I made this card for the driver to show him our appreciation (now we just have to find which driver it was).

It also gave me a chance to experiment with some new ink techniques.  I washed some Distress Inks onto a piece of card stock and sprayed a couple of Glimmer Mists to give it some shine.  I then stamped several hats leaving an empty space.  I had thought to die cut an arrow to point to the empty space but my husband suggested the question mark.  I gave the PTI question mark and the Memorybox "merci" the Glossy Accents treatment and sprinkled them with some Sakura Pale Gold Tempera Powder Colour (something I've had in my stash for over 20 years).

The hat was a little wooden block stamp I bought on a trip to Riot Art Stores in Sydney earlier this year - I thought it would go rather well with some of the stamps from other sets I have and for those difficult man cards we have to occasionally make.  I stamped another hat on the inside and coloured this one in.

I'm entering this card in the Stamplorations January Challenge

I'm also entering this in the Simon Says Wednesday Challenge where Anything Goes this week. 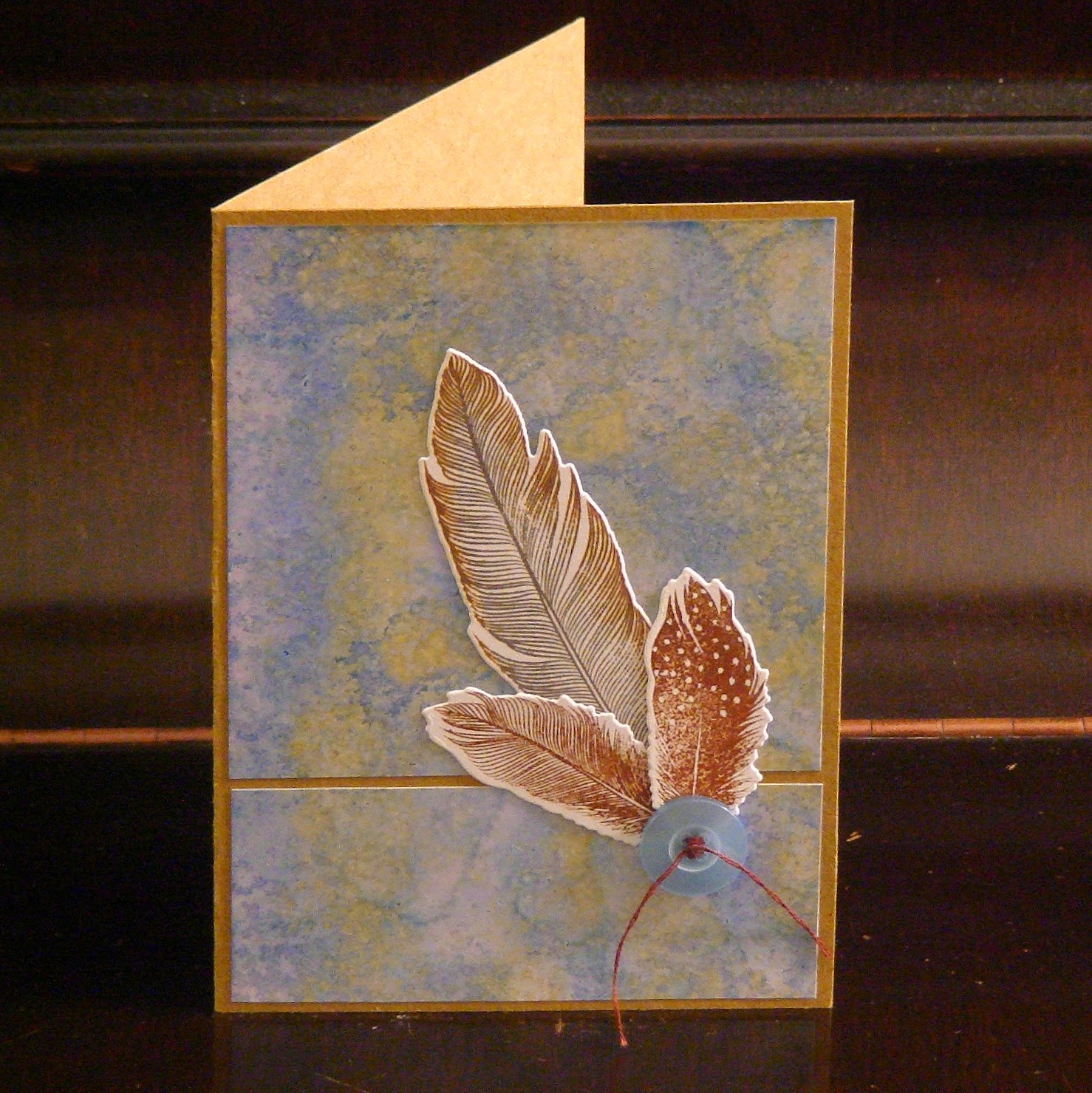 A friend of mine is having a pretty tough time at the moment, having received the sort of news no mother would want to hear.  I just wanted her to know I'm thinking of her and her daughter.

I stamped and cut the feathers using the WMS Fine Feathers and matching die set.  I used the sketch from Freshly Made Sketches 170 for inspiration. 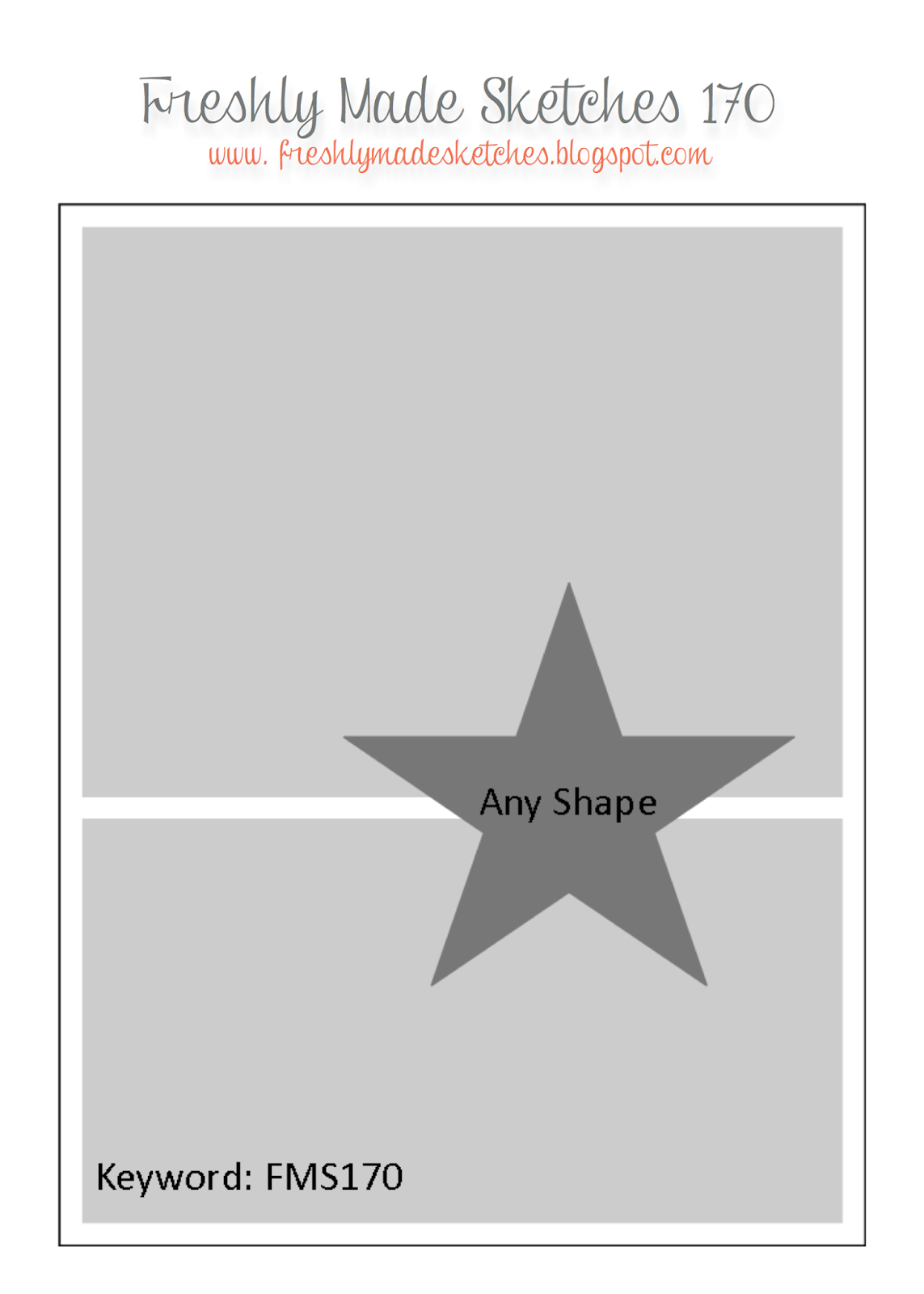 Thanks for stopping by,
Kate
Posted by Kate at 23:00 7 comments:

Postcard from the Edge 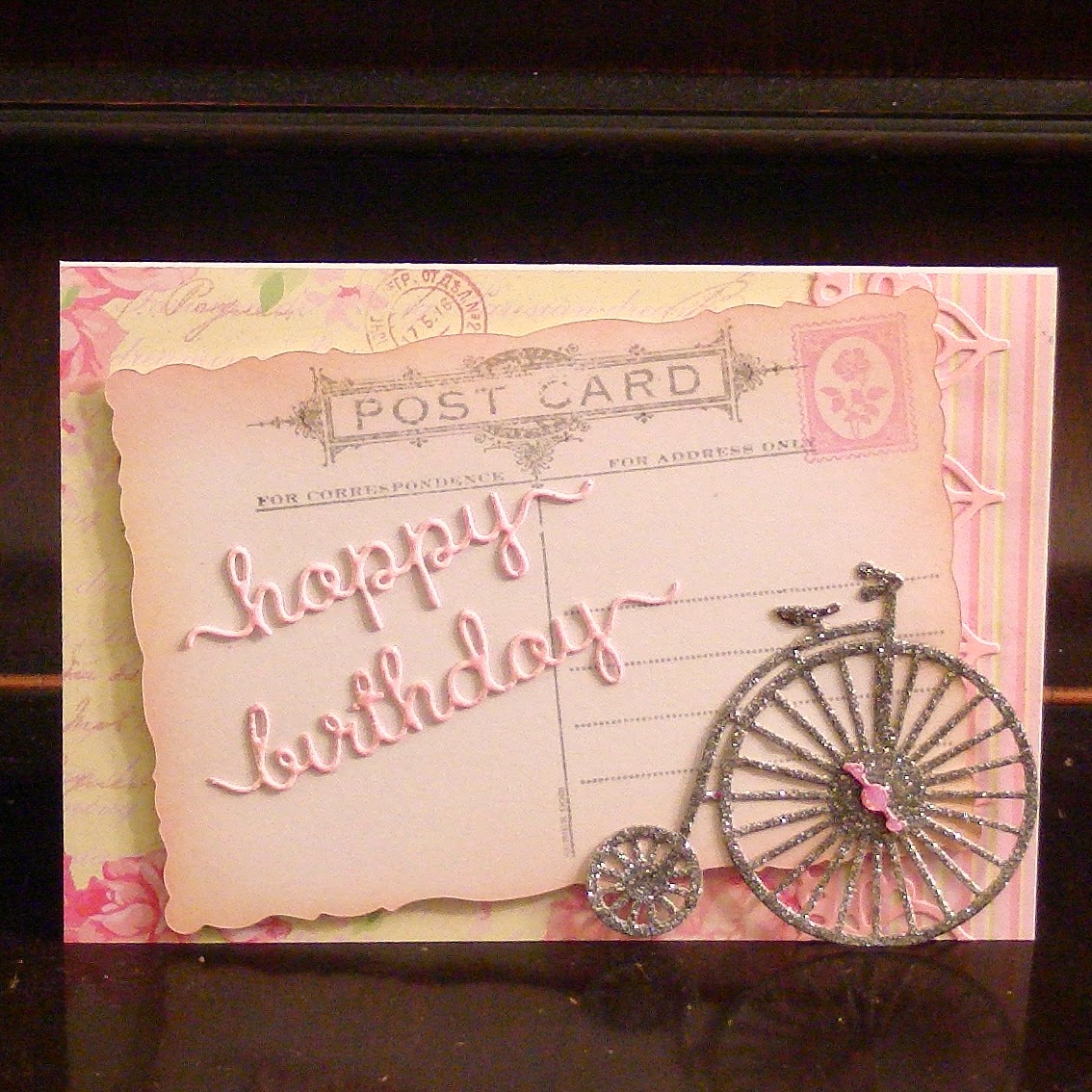 I am so proud of myself - I bought some new craft things and I'm actually using them within a month.  Usually I just have to buy something because it looks really cool and then it languishes for months or even (I hate to admit) years before I actually get around to using it.  The wonderful Darnell  has made me acutely aware of this serious shortcoming in my character and that I'm not alone in this (phew!!!).

This is a card I made for my Aunt's 80th birthday.  The Marianne D Vintage bicycle was cut from silver glitter card.  It had a tendency to shed so I coated it with Glossy Accents which had the added benefit of making it a bit sturdier.  The Happy and Birthday are from Clearly Besotted.  I coated them in pink embossing powder and opalescent embossing powder so they really sparkled though sadly that's not obvious from the photo.

Of course the pièce de resistance is the postcard created from the exquisite WMS Vintage Postcards set.  I used the free cut files Claire provided to cut a fancy postcard shape using the Cameo.

Darnell has another NBUS challenge over on her blog, so I'm entering the card over there.

Thanks for stopping by,
Kate
Posted by Kate at 09:01 2 comments: